The chickens have started laying!
Buffy, Oma and Edie (as they have been named)
. I usually get three lovely eggs a day. I can't explain how tasty they are.

Need to do more cooking now to use all the eggs ! 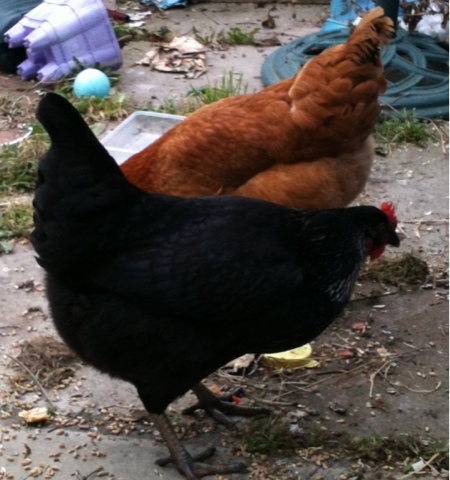 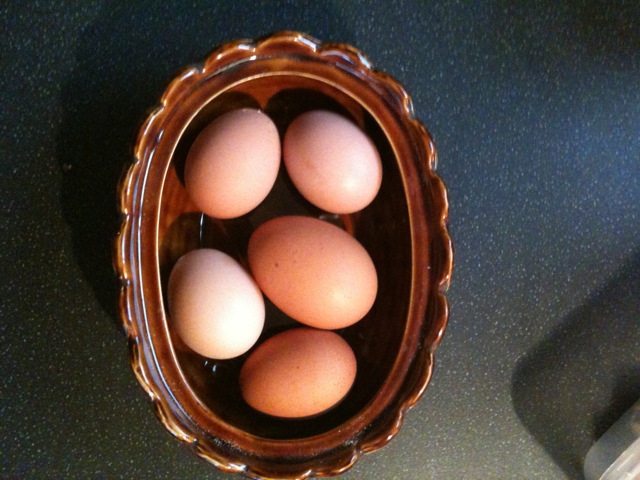 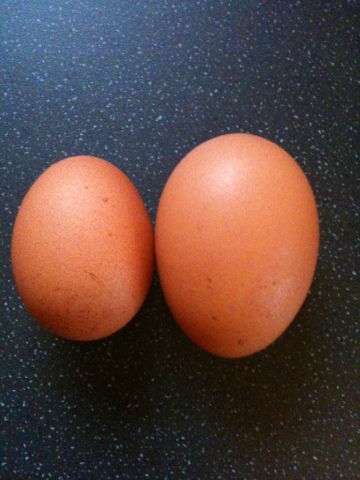 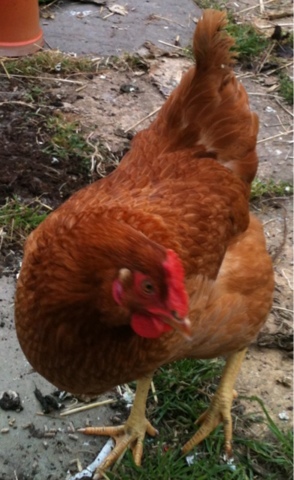 Posted by Gary and Jen, and Ruby and Peter at 12:56 No comments: 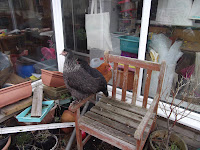 So the chickens seem to have settled in quite nicely. They spend most of the day scratching around in the garden and hiding from the children! Peter seems to be a natural at herding them into the coop.
Posted by Gary and Jen, and Ruby and Peter at 18:30 2 comments:

They have arrived !
We picked them up yesterday tea time and I love them already! Pictures will follow soon.
Posted by Gary and Jen, and Ruby and Peter at 19:20 1 comment:

Made my first lost of marmalade ever yesterday and its lovely!
I used
2 lb of Seville Oranges
4lb sugar
4pints water
juice of 1 lemon
I sliced the oranges thinly and removed all the pips. The sliced oranges were put in a very large pan with the water together with all the pips tied in a muslin cloth, and the lemon juice. The pan was then boiled quite rapidly for about 2 hours or until the liquid had reduced by half.
I added the sugar and stirred continually over a low heat until all the sugar had dissolved and then increased the heat and boiled again this time for about 10 mins. I used a jam thermometer and once the temperature reached 221 f. I took the pan off the heat and then tested for a set on a cold plate. Perfect!
I left the marmalade to cool for about 10 minutes before pouring into jars. I got 7 jars, and it met with hubbies approval !

There are only six in the picture as the other one was opened and is being used !
Posted by Gary and Jen, and Ruby and Peter at 14:57 3 comments:

I have been making lots of lovely soup recently and my current favourite is Celeriac Soup. Recipe from HFW@ River Cottage - thanks Hugh
Celeriac Soup
50g butter (I used about a tablespoon of olive oil)
1 Celeriac
1 Potato, peeled and cubed
1 Leek, trimmed, washed and sliced
1 Onion, peeled and chopped
1 Garlic Clove, sliced
1 litre of stock either veg or chicken (I used veg)
Melt butter (or heat oil) in a large pan over a medium heat then add the veg and sweat for about 10 minuted until just starting to soften.
Then add the stock and bring to the boil. Once boiling reduce heat and simmer for about 20 mins or until celeriac is soft.
Liquidise until smooth check seasoning it will need some salt and pepper, then serve - yummy This keeps well in the fridge for a good week.
This is such an easy soup to make and really quick. I had mine with homemade Soda Bread. Which is also easy and quick to make.
Posted by Gary and Jen, and Ruby and Peter at 14:45 1 comment:

We are getting some chickens at the end on January. We are getting three chickens to start with and I cant wait. The coop is in the garden ready for their arrival.
Hope to be making some eggciting recipes in the near future, watch this space !
Posted by Gary and Jen, and Ruby and Peter at 09:32 No comments:

I have never really made a lot of yeast based products except some very hard and heavy hot cross buns! I do however make roasted red pepper and garlic bread, but I use the bread maker to knead the dough.
So yesterday I was looking through an old cook book and found a recipe for Yorkshire Tea Cakes and thought I would have a go.
Wow they are lovely, was going to take a pic, but there are only two left (hubby having taken some to work). My only criticism however would be that they were a bit too big and next time I make them I will make them smaller.
The recipe was very easy (the only difficult bit being the kneading).
Yorkshire Tea Cakes
1lb (450g) strong plain flour
1tsp (5ml) salt
1oz (25g) butter
1oz (25g) caster sugar
2oz (50g) currants or sultanas
2tsp dried yeast
1/2 pint (300ml) milk, lukewarm
extra milk for brushing
Firstly sift the flour into a bowl with the salt and rub in the butter. Then add the sugar and fruit and toss lightly together.
Dissolve 1tsp sugar in the lukewarm milk and sprinkle the yeast on top. Leave for about 10 minutes in a warm place until frothy.
After ten minutes I added the frothy milk to the dry ingredients and mixed well until I had a firm dough (you may need a little extra flour)
Turn dough out onto a lightly floured work surface and then knead for about 10 minutes (the dough should be smooth and elastic) put dough in a bowl and cover and then leave in a warm place until doubled in size (this took about an hour).
Once the dough had doubled in size, I turned it out onto a floured surface and kneaded lightly again and then cut the dough into six pieces (I would probably do 8 or even 10 next time). Shape them into balls and flatten to about 1cm thick. Then place on a lightly greased baking tray, brush the tops with milk and then cover with clingfilm and leave in a warm place to rise until nearly doubled in size. This time it took about half an hour.
Then put in the oven at gas 6, 200 c or 400 f for about 20 minutes. Once cooked remove from oven and place on a wire rack to cool.
These went down really well. I think when I make them next I will add a little mixed spice or even some nutmeg for a bit more flavour.
Posted by Gary and Jen, and Ruby and Peter at 11:44 No comments: